Air vents aren’t just used for maintaining a comfortable environment, they’re also a primary component of clothes dryers. Over time, lint and other particles from clothing clogs the vent which leads to your dryer, leading to issues which are either inconvenient or even potentially dangerous. After thousands, or even hundreds, of cycles, doing some dryer vent maintenance is an absolute must.

Reduce the Risk of Fire

The most common thing to be concerned about is the potential for accumulated lint to catch on fire. Dryers often use very hot temperatures to operate and the flammable nature of most clothing fibers means lint in dryer vents is extremely hazardous. Over the years, thousands of dryer fires have been started, causing millions of dollars in damage and, unfortunately, have even caused  people to lose their lives. Lint buildup is a serious concern! 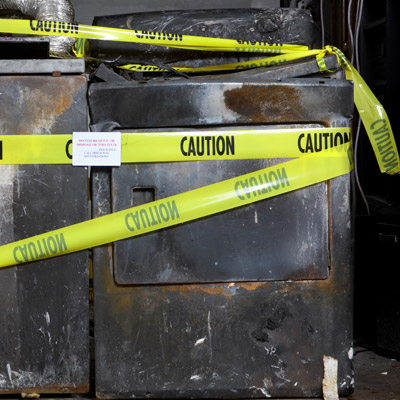 Cleaning vents is also a crucial part of ensuring the longevity of your appliance. Similar to HVAC systems, debris buildup makes the flow of air difficult, requiring substantially more energy to operate as intended. This causes energy bills to go up quite a lot and overworks your dryer, meaning you’ll have to have your appliance repaired or even replaced way sooner than it needs to be.

Lint blocking the dryer vent also has a tendency to cause overheating. Overheating can cause serious damage to clothing material, eventually causing your clothes to fall apart and dull. It also makes cycles last longer, meaning you’ll have to wait for a longer period before your clothes will be ready, and this increases your utility costs.

Call Today for a Free Quote

Jeremy came out and performed the vent and dryer cleaning. He was punctual, and very professional! He also took the time to explain what he was doing and how he was going to do it to minimize debris in the house. Very happy with my clean vents and the level of professionalism displayed by both Hot fuzz and Jeremy!

On time and dependable, I would hire him again in an instant. Awesome young Navy veteran doing an awesome job in the community.

Jeremy is awesome! He is very knowledgeable and polite! He answered all of my questions and even showed me the parts of my vent to help me understand exactly what was causing the issue with my dryer. I will definitely be using his company from here on out with any of my dryer vent needs and I will also be recommending him to everyone I know.

Jeremy was very professional and completed the work in a timely fashion. He also cleaned up after himself and left everything nice and neat. I will definitely use his services in the future. Thanks Jeremy!

Jeremy is a class act. Excellent job, service. Polite. EASY to work with. Thorough. I called all the other guys and he was the easy choice.

Jeremy completed a difficult dryer vent project for me and did a fantastic job. I wish all contractors were as reliable and high quality as Jeremy! Jeremy is a Navy Veteran and is a stellar worker – if you need help with dryer vent cleaning or installation – he is your man!

Support this veteran owned business! I needed an emergency cleaning after my heating element on my dryer stopped working due to a clogged dryer venting that leads out of my roof. Hot Fuzz was the only company out of 7 that I called that was able to come out the next day. Jeremy was fast, efficient, professional, and had the best price out of the 7 companies I called.

Jeremy was quick to return my email and I love that he is a vet. I thought all we needed was a vent cleaning. As it turned out, the duck had separated and was laying on the floor of our crawlspace. All of the dryer lent was going under the house. Jeremy took pictures (before and after). So glad I called.

Jeremy was punctual and very professional. Did a thorough job and cleaned everything up after himself! This is the type of dryer cleaning service I have been searching for and I will definitely recommend Hot Fuzz to my friends and family.

I Received An Air Duct Cleaning Very Efficient Professional. Will Be Doing More Business In The Future. Thank You Again.

Call us today to book your dryer vent cleaning.